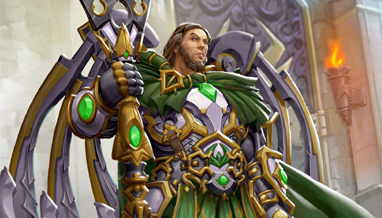 Battle at the Gates Event

This weekend: Hold the gates – or breach them – in the Battle at the Gates event!

The Clans have laid siege to Argenport. As rumors of Rolant’s death swirl through the capital, the Crownwatch fractures and discipline fails. The Cabal tries to maintain control through threats, bribes, and disappearances, but more and more of the city’s elite are slipping away through back alleys and secret tunnels. They know their high walls can only hold out the horde for so long.

And beyond the gates, Eilyn’s numbers grow. The Clans of the north find themselves joined by long-suffering homesteaders, Crownwatch deserters, and rebel survivors. It is an unlikely alliance, but one that threatens to bring the city to its knees.

A minor skirmish breaks out as Argenport’s depleted city guard struggles to deny the invaders entry. Will the gates hold? Find out this weekend in the Battle at the Gates event!

The Battle at the Gates kicks off on Friday and runs all weekend.

Will the gates hold? Find out this weekend when The Battle at the Gates begins!