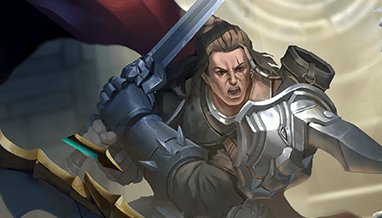 With the release of The Fall of Argenport, there are some important changes coming to how Drafts work in Eternal.

Our Draft format will consist of four packs of cards: two packs from the most recent set, and two Eternal Draft Packs.

Eternal Draft Packs contain a specially curated pool of cards selected from previously-released sets: The Empty Throne, Omens of the Past and The Dusk Road. You draft them just like a normal pack (and keep what you draft), but the cards in the pool are specifically chosen to be drafted in alongside two packs of The Fall of Argenport.

Eternal Draft Packs make for a fun Draft environment that shows off the new cards, synergies, and strategies of the latest set, while making sure players still have access to iconic cards from the past.