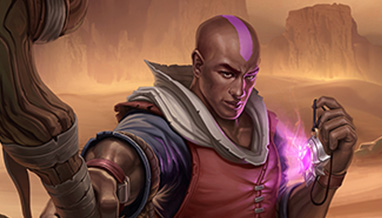 Great forces are at work — The Eternal Throne is vacant, and the future of the Resistance is uncertain. Vara, the lawful heir to the Throne, remains missing in the Shadowlands. And rumors have begun to reach Argenport of new actors from distant lands attempting to make their influence known.

Keep an eye out this week, when we kick off the Azindel’s Ways promo quest. During the quest period, your first PvP win of the day will reward you with a copy of all three promo cards. Once the promo period is over, you’ll be able to craft the cards using Shiftstone as normal.

Azindel’s Ways takes us to the outlands, far from the Eternal Throne, where new combatants prepare to enter the battle: 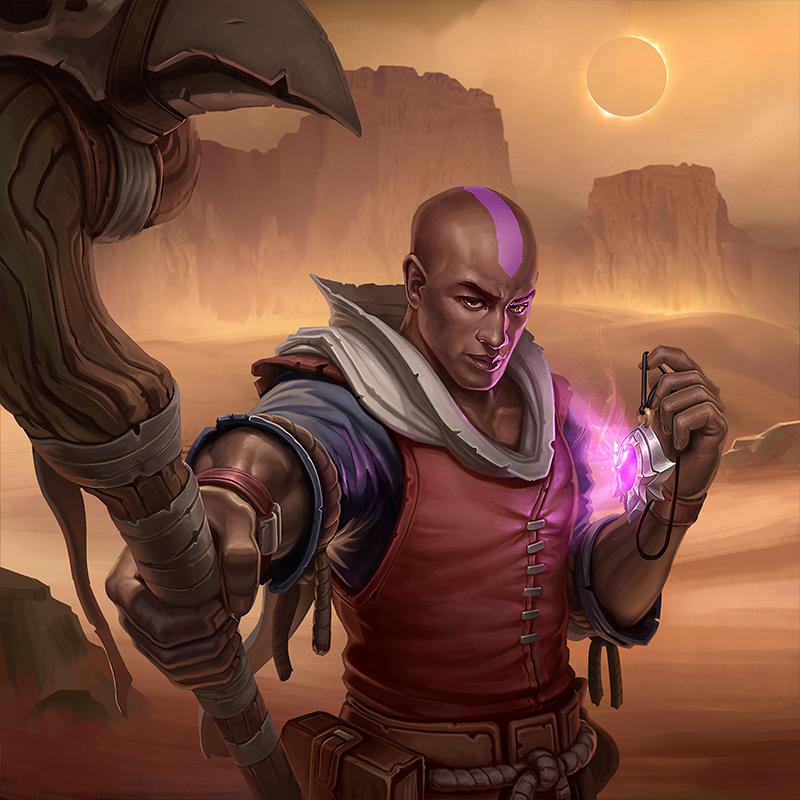 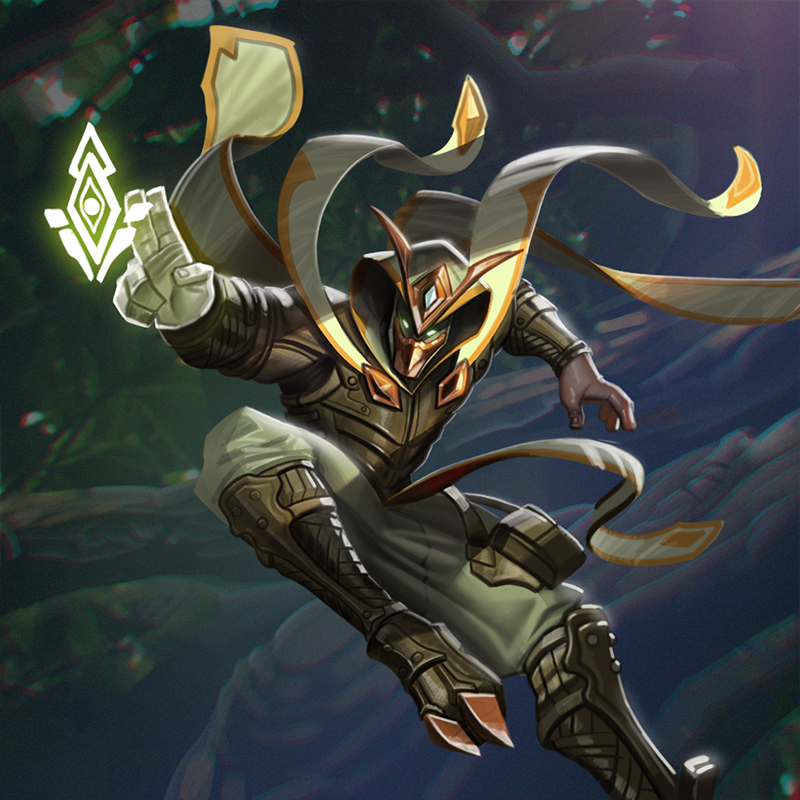 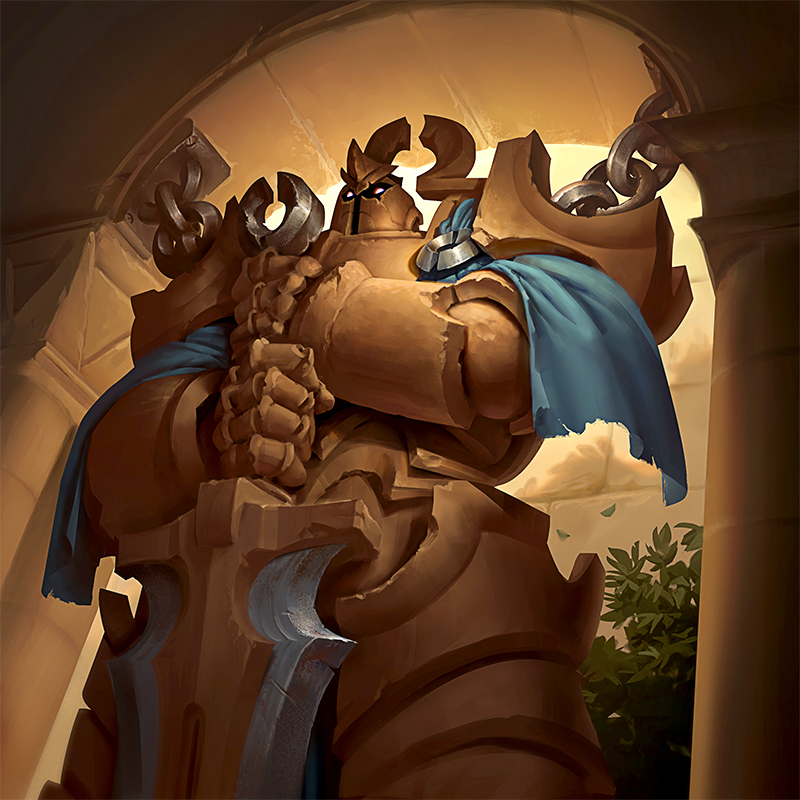 Azindel, the Wayfinder
Deep in the Shadowlands, Azindel leads Vara far from home — and perhaps toward her destiny. He knows many paths through the endless wastes, though the way back can be difficult to remember.

Rilgon, Hooru Operative
Rilgon draws upon the wisdom of the Hooru to anticipate and adapt to the tactics of his enemies. He ranges far from his forest home to confront threats revealed by the enigmatic owls.

Arcanum Monitor
The mages of the Praxis Arcanum report a breakthrough in their efforts to understand the ancient Sentinels: this one seems to have taken a liking to the initiates. Further testing — and stronger chains — are required.

The Azindel’s Ways promo quest does more than bring three new cards to Eternal: it marks the debut of three newly-supported faction pairs, offering a glimpse of things to come.

Since Beta started, we’ve received lots of player feedback about Eternal’s resource system and associated redraw rule — more than on any other topic. We’ve always been pretty sure we would refine the redraw rule at some point, and after listening to and considering all of the player feedback and poring over tens of millions of games of data (and keeping mind that Eternal‘s existing redraw rule is already a very powerful tool for reducing variance), we identified a few areas to improve.

With all of these factors in mind, we have modified the redraw rule to the following:

The initial draw will no longer feature hands with no power cards, nor with all power cards.
If you choose to redraw your starting hand, your new hand will contain two, three, or four power cards (with an equal chance of each).

While it is important to preserve as wide a range of challenges and meaningful decisions as possible, we found the decisions associated with all power and no power hands unsatisfying. There are interesting puzzles associated with having three one-drops and a single Sigil, or having six power and the best card in your deck. However, having zero power or zero non-power cards is clearly never interesting in the same way.

Redrawn hands now better line up with intuition, with an even split between each of the three outcomes. While this change substantially increases the chances of a player making their early power drops, it also increases the variety of hands a player functionally encounters, making it a big win-win.

Get ready for the Azindel’s Ways promo quest tomorrow when Eternal’s next patch drops!