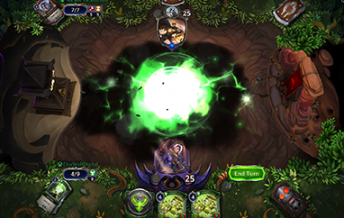 Eternal Coming to XBox One

DENVER – November 1, 2018 – Dire Wolf Digital today announced that its strategy card game, Eternal, is coming to Xbox One™ this month. Currently available for iOS and Android phones and tablets, and on Steam, Eternal is a truly free-to-play, fully cross-platform strategy card game with deep tabletop roots.

Set in a world of six-guns and sorcery, Eternal combines rich tactical depth with fast-paced action and polish, where players freely mix cards to build any deck imaginable. Eternal is the most generous free-to-play card game on the market, where every card can be acquired for free, and only non-gameplay cosmetic items like Avatars and Totems require cash to purchase.

Eternal’s emerging eSports scene brings a new level of competition to the game, with monthly cross-platform cash tournaments, which will culminate in a $100,000 World Championship next spring.

“The core team at DWD has been involved in numerous digital card games over the years,” said Scott Martins, President of Dire Wolf Digital. “Hopefully Eternal reflects a lot of the lessons learned during that time in terms of economic generosity, variety of game modes, and depth of play. Coming to Xbox One and beginning our World Championship series is a big part of the next step for us and our goals for what Eternal can become: cross-platform, competitive strategy gaming where anyone can participate on a fair, honestly free playing field.”

Eternal is a strategy card game with unlimited choices and infinite possibilities. Played cross-platform on Steam, iOS and Android phones and tablets, and now Xbox One, Eternal combines next-gen generosity with classic collectible card battles in a unique six-guns and sorcery universe.

Dire Wolf Digital is an independent game studio specializing in strategy card games and board games, both digital and physical. Based in Denver, Colorado, the Dire Wolf team includes more than 100 passionate designers, artists and engineers creating and operating games for some of the world’s top brands (such as Pokémon TCG Online), as well as our own original properties (such as Eternal, Clank!: A Deck-Building Adventure, and Clank! In! Space!). 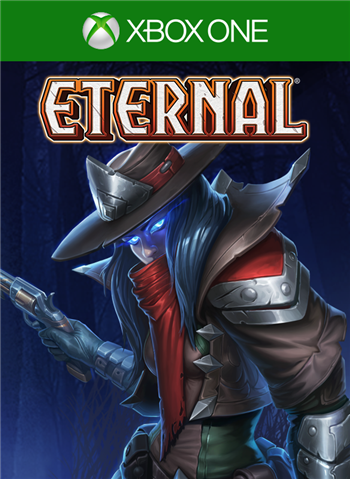