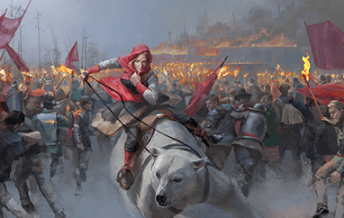 Join us this weekend for the third test of Eternal‘s in-game tournament system: Envoys!

Envoys consists of two stages: Qualifiers that are open to all players across platforms, and the Finals that will feature the top 64 players from the Qualifiers.

Join Eternal game designers Luis Scott-Vargas and Patrick Sullivan for broadcast coverage of the Finals on Sunday, November 4 at 11 am MST (18:00 UTC), live on Twitch!

Get ready to take your favorite deck into battle in Envoys!