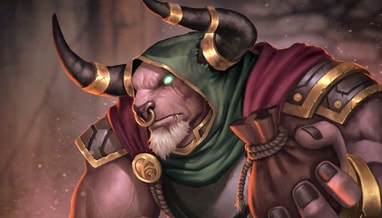 With the release of Omens of the Past, we are continuing to update and improve a number of aspects of the Eternal experience.

The changes are too many to list here, but a large portion of them are based on community feedback – improvements to match-making at both high and low rankings, better season rewards, introduction of a Casual mode, and improvements to the game clock, to name a few.

Obviously, one of the factors we had to consider when introducing our first full expansion was how the various reward structures in the game would work going forward. We had two primary goals when answering these questions:

The first goal is that Eternal remains truly, generously free-(and fun!)-to-play. We’re delighted by the overwhelmingly positive feedback we’ve received on this front, and we want Eternal to continue to be a game and community accessible to everyone, regardless of the size of your wallet. We’ve also had lots of feedback that Eternal is ‘too generous’ and seen forum speculation that we’ll dial back rewards in a significant way.  Well, we’re not.

The second goal is to make sure that we balance the experience of new players and those with busy schedules with the ongoing rewards earned by our most engaged veterans. We want to reward players who come back every day – even just for a couple of games – and reduce the pressure to “grind” games in marathon sessions.

Addressing these goals, we’re particularly excited to roll out a new “First Win of the Day” reward to make it easier to earn packs from the new set. This new structure front-loads rewards for Ranked play, which then flattens out after your first 20 to 30 games of the day. So here’s how rewards will work going forward:

First Win of the Day

After your First Win of the Day:

After your First Win of the Day:

As always, we are committed to Eternal remaining extremely generous and a truly free-to-play strategy card game experience. We believe this reward structure supports a wide range of players while improving the long-term health of the game and enjoyment of the Eternal community.

We’ve come a long way since closed beta, and we wouldn’t be where we are without all of your support. There’s a lot more to come– we’re hard at work on a whole bunch of new content, quality of life improvements, and new features that will help the game continue to grow. All that’s coming, and we’ll have a lot more to say about it when it’s ready.

But for now, it’s time for Omens of the Past! And it would hardly be fair to read all of this without getting to see a single spoiler, so… 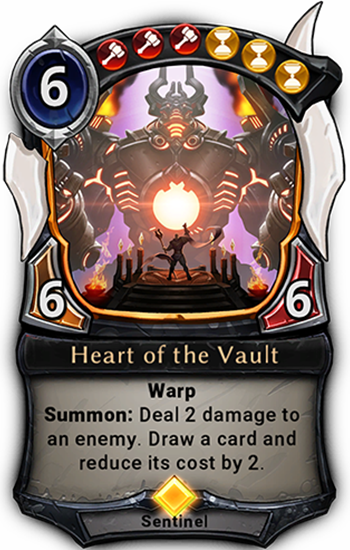