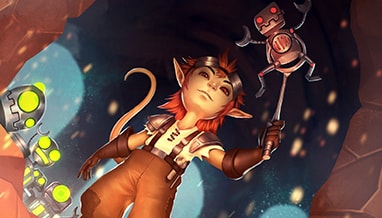 The Dusk Road is on the horizon, and this weekend will be very eventful as a result. For our preview event, you will have the opportunity to play with one of five cards from The Dusk Road. As we’ve already seen, one of the major themes of The Dusk Road is unit types, and these five cards reflect that.

First, the rules of the event:

Not only do you have a chance to play with The Dusk Road cards before the set is even out, you get to pack your deck full of units that are now cheaper and more efficient than ever. Of course, you probably need to know what the pre-release cards are, in order to see which you will be picking.

First up, we’ve got an explosive relic that pairs very nicely with Grenadin. 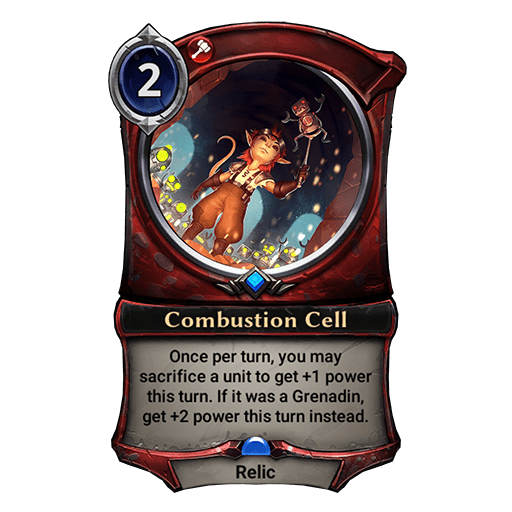 Grenadin can be pawns in your master plan, and they are full of power if you don’t mind cracking them open. Combustion Cell helps you deploy all the forces you wish, and do so faster than your opponent (given a steady stream of fuel).

Of course, Grenadin aren’t the only cogs in the machine… 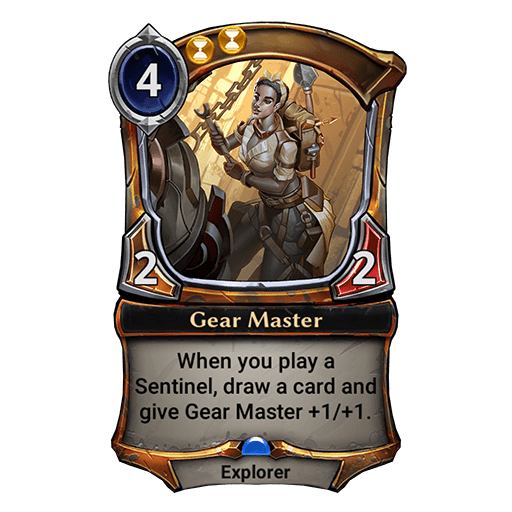 Each Sentinel you discover gives you the resources to discover more, and Gear Master gets some nice buffs along the way. It doesn’t take many Sentinels before you’ve gotten a great deal on Gear Master, and cheap Sentinels can be a conduit to extra card draw. As clutch as Gear Master can be for Sentinels, Dinosaurs didn’t get left in the cold. 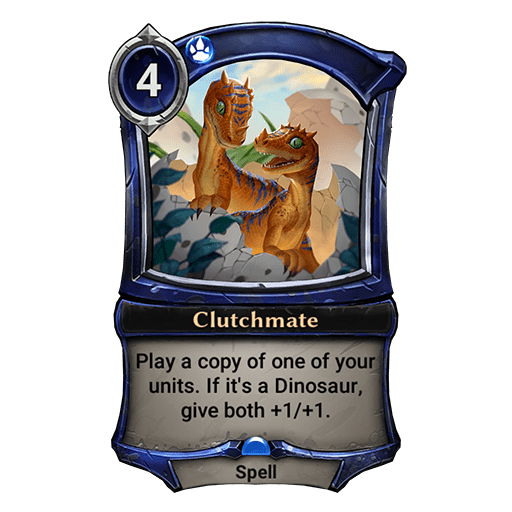 This functions as a Mirror Image, but if you play it on a Dino, both the original and the new copy get +1/+1. That’s a big boost, especially if the Dino has Killer, as the new copy will be ready to hunt even if the original has already done so. There’s more to see, though, so let’s move on. 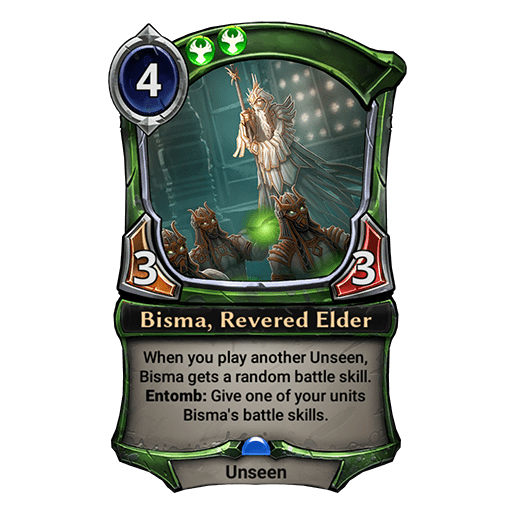 The Unseen are on the scene, and ready to stack up some battle skills. Bisma not only gets a cost reduction thanks to the rules of the event, but is ready to teach some lessons to your other (now-cheaper) Unseen. Stacking up battle skills leads to some pretty powerful units, and there are plenty of Unseen ready to do just that. Lastly, let’s see what the Valkyrie have managed to scavenge from The Dusk Road. 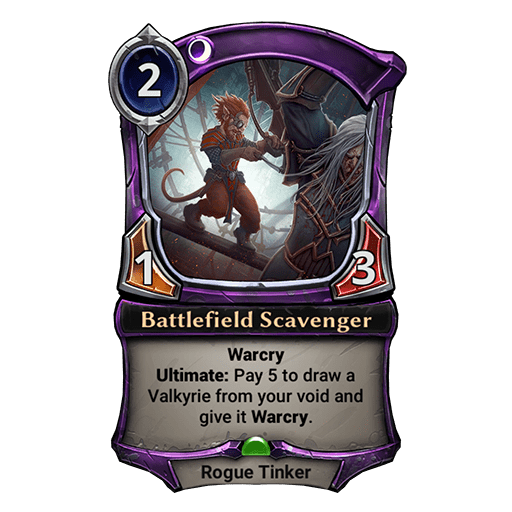 Battlefield Scavenger is the little Tinker that could, and is ready to get back any Valkyrie you wish. Silencing multiple times with Valkyrie Enforcer is pretty nice, as is getting back a Valkyrie that’s used up its Revenge (which will let you play it for free and draw a card). Warcry is a substantial bonus as well – the Scavenger not only buffs other units but gives Warcry to the Valkyrie it gets back

Which tribe will you be taking into battle? Which card will help you champion your cause? The Dusk Road Preview Event kicks off on Thursday and runs all weekend!