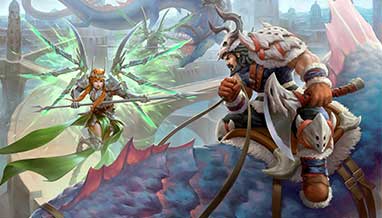 Chapter 19: The Fall of Argenport

Argenport was rarely quiet, but now the city was heavy with uncertainty. Rumors from the Spire claimed that the Lord Regent was dead—gunned down In Cold Blood—and efforts to quell the story were no match to the stomach-churning dread that had spread across the city. The Clans were at the gates. Everyone knew what was coming, but no one knew when.

Ordersfrom on high came down. The city must hold, at any price. The peacekeepers swept civilians off the streets as civic life ground to a halt. The Crownwatch emptied its barracks, arming every last reserve and recruit. They even looked the other way when less savory characters joined their ranks. Now was not the time to ask questions. While defenses coalesced behind the gates, valkyrie squadrons held the skies above the walls, dotting the night like green stars.

Beyond the walls, the Clans were not quiet. Their initial assault had been pushed back, but just barely. Blood had been spilled, and clouds gathered on the horizon. Sky serpents shrieked, tasting the coming rain and thunder as the Stormcallers’ chants climbed and fell on the wind. From her command tent, Eilyn strode to the head of the horde, blade held high. As she walked past, each clan began its ancestral chant of war. The drums and howls built upon one another, drowning out the thunder, uniting into a single song of imminent violence. Slowly, Eilyn lowered her sword until it pointed straight at the ironbound main gate of Argenport.

There was a blinding flash and an earth-shaking peal of thunder as a torrent of lightning blew the gates off their hinges. The Clans bellowed and charged. 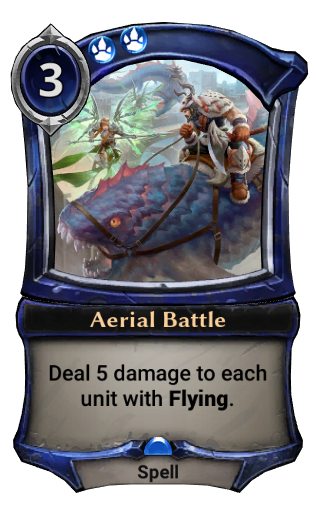 The serpent riders were the first over the walls, raining volleys of ice and steel on the defenders below. The valkyrie rose to challenge them, voices raised in clarion defiance. The two forces met in midair, claws shattering silver wings, and swords spilling serpent blood onto the battle below.

The barbarians roared over the smoking remnants of the gate like an avalanche, crushing anyone in their path. The Crownwatch answered with a
battlecry of their own. For a moment, the line held and hope flared in the hearts of the city’s weary defenders.

The Cabal broke first. Thugs and brigands, used to strong-arming people from alleyways, didn’t have the nerve to stand in open combat. They ran. Many were cut down as they fled, and others faded back into the dark corners of Argenport.

Then the Crownwatch found themselves outnumbered. Tinkers scuttled between the lines, desperately repairing armor and fallen valkyrie’s wings, while the remaining defenders raised their shields in a desperate last stand. It was too little, too late. More of the horde scaled the walls, flanking the remnants of the Crownwatch. Axe shattered shield, and the Clans closed in. 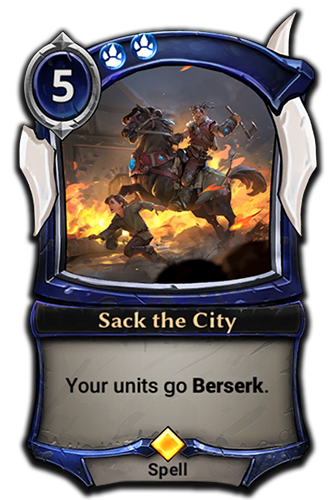 The Throne was cool to Eilyn’s touch. It had seemed… larger, when he had sat in it, brooding in his unknowable ambitions. But the Throne was not his any longer.

Caiphus… what happened to you?

The city and the Throne were hers. By marriage, by conquest, and by right. She turned to her queensguard ,
“Enough. Sound the horns. Put an end to the looting. Gather everyone. This city has suffered enough.”

An order like this would have been the death of another clan leader. But Daraka and the chieftains had watched Eilyn demolish the gates of Argenport, and had seen the example she made of her brother. Eilyn held Daraka’s gaze, glaring at him. The large man looked away first, 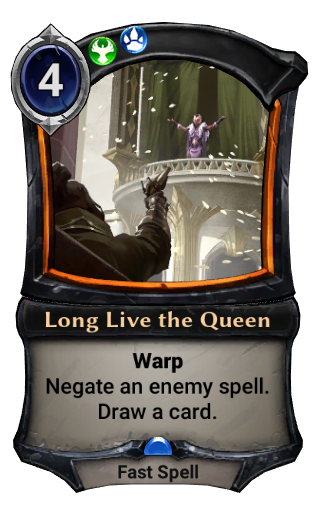 Less than an hour later a crowd had gathered in the square beneath the Spire. Crownwatch, Clans, and civilians all stood apart, and the air was thick with animosity. She needed to seize this moment, before the tension boiled over into fresh violence. Eilyn stepped out onto the balcony, a touch of magic making her voice boom over the city like a peal of thunder.

“People of Argenport, Clanfolk, heed me! Years ago, when I first came to Argenport, proud citizens sneered and named me “the Queen of the Wilds.” And I was. I am. But those of us who have survived the wilds know the truth: we are stronger together!”

The crowd stirred. This was not what they were expecting.

“Caiphus offered me a peace treaty that would strengthen both our peoples, and – though it angered many – I agreed. When the Iron Fist tore the city apart to crush the Rebellion, I treated with the owls to guide your refugees to safety. All of you know me. I have lived among you both. Now Rolant is dead, and criminals have infested the Spire. I return to retake my Throne; not as a conqueror, but as Clan Mother and rightful Queen!”

There was silence in the square below.