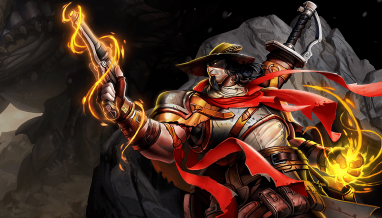 In the previous Designer Diary, we looked at how Multiplayer was developed for Eternal: Chronicles of the Throne. Today we are going to explore the identity of the five factions along with their strengths and weaknesses.

“Out on the frontier, you have to know where you stand.” — Jekk, Dragon Hunter

Whether you’re taking bounties in the Shadowlands or playing a friendly game of your favorite deck-builder at your kitchen table, preparation and planning can help tip the odds in your favor: Knowing how to use the weapons available to you can mean the difference between victory and defeat.

Here, we’re taking a look at the five factions of Eternal: Chronicles of the Throne, where they shine, where they struggle, and how they work together to make a truly formidable deck.

Justice is the faction of order, both in civic harmony and brutal tyranny. It is one of the most organized factions, housing Argenport’s elite valkyrie, minotaur bankers, clever tinkers, and noble paladins.

Justice’s units are stronger when they work together. 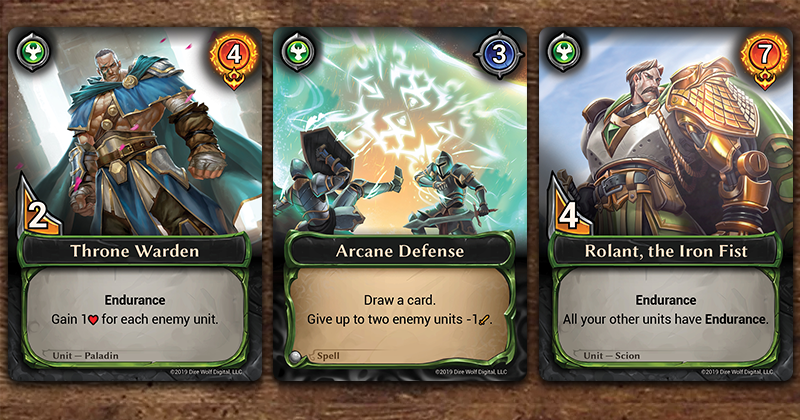 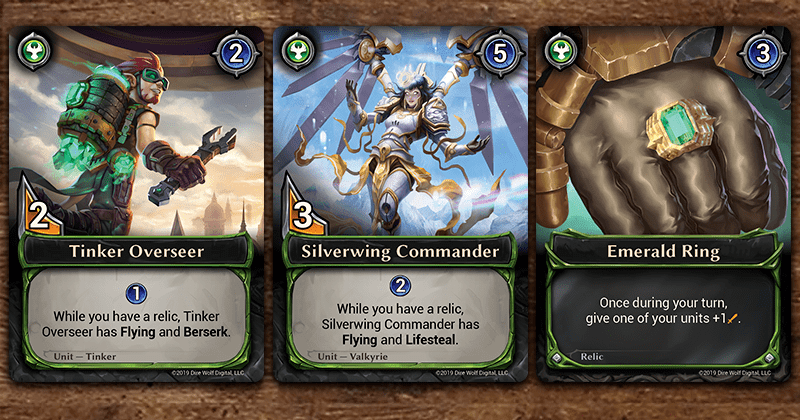 Justice is the master of artifice. Cards like Tinker Overseer and Silverwing Commander are especially effective when paired with Relics.

The flip side of Justice’s strength in synergy is their inconsistency. Many of its cards can’t reach their full potential by themselves.

Primal is the faction of nature in both its savage fury and pristine beauty. It is a tribal faction of shamans, barbarians, yeti, and ferocious beasts. 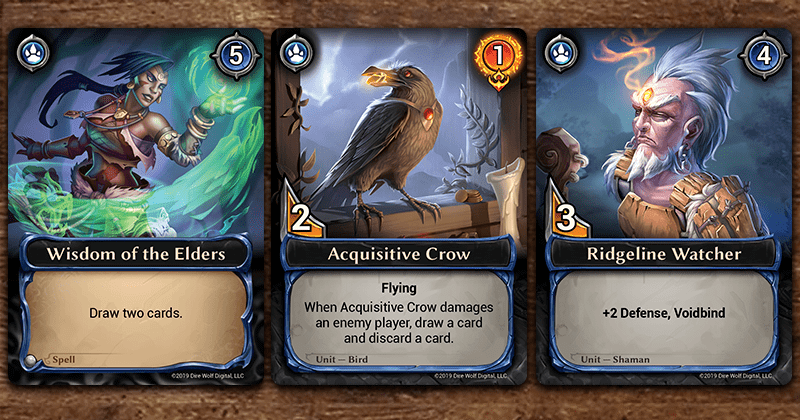 Primal plays its best cards over and over through a combination of card draw and the deck thinning ability Voidbind. 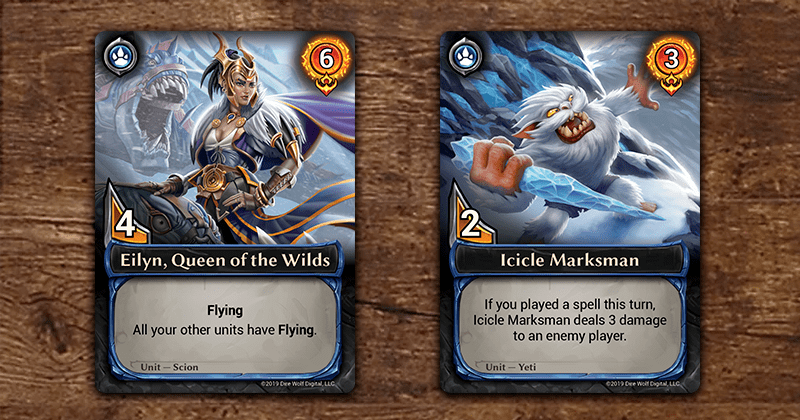 Evasive units with Flying and direct damage make Primal an expert at breaking past enemy blockers. 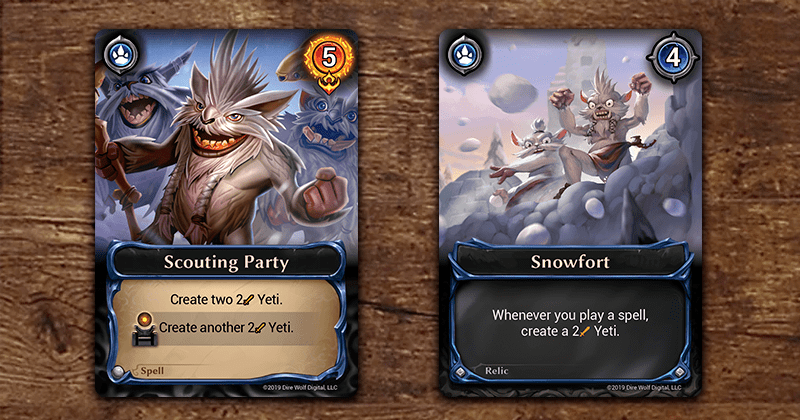 Primal rewards you for playing spells, often in the form of large bands of aggressive Yeti.

With few cards that generate power, Primal isn’t much help when you want to buy the most expensive card in the Forge.

Fire is the faction of creation and destruction, often handling its problems with quick and violent solutions. It houses gunslingers, warrior oni, mischievous grenadin, and dragons! 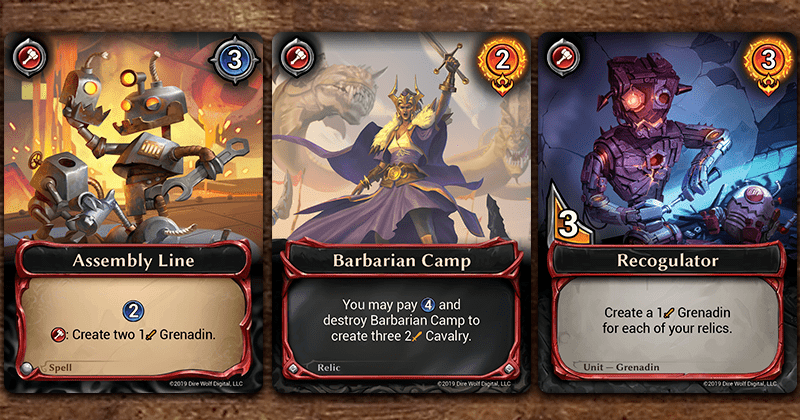 Fire creates swarms of “token” units that overwhelm your opponents with more units than they can block.

Cards like Oni Ronin and Magma Javelin can help turn an army of small units into a serious threat. 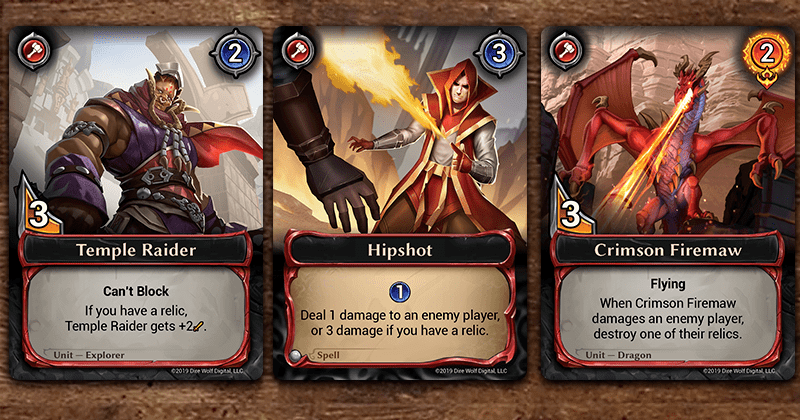 Like Justice, Fire rewards you for collecting relics, but it also can punish any opponent foolish enough to take them from you.

Fire’s lack of defensive units and healing makes it the weakest faction at protecting itself. However, if your enemies are defeated, it doesn’t matter what your health total is!

Time is the faction of learning and discovery; knowledge is the key to true power. It is the home of sand-dwelling mages, brave explorers, and ancients behemoths. 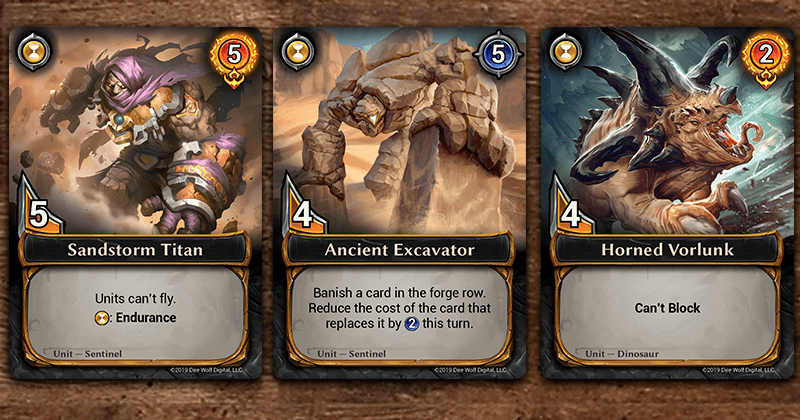 Time has access to some of the biggest units in the game. In Chronicles of the Throne, high strength units don’t just deal more damage, they are also harder to block! 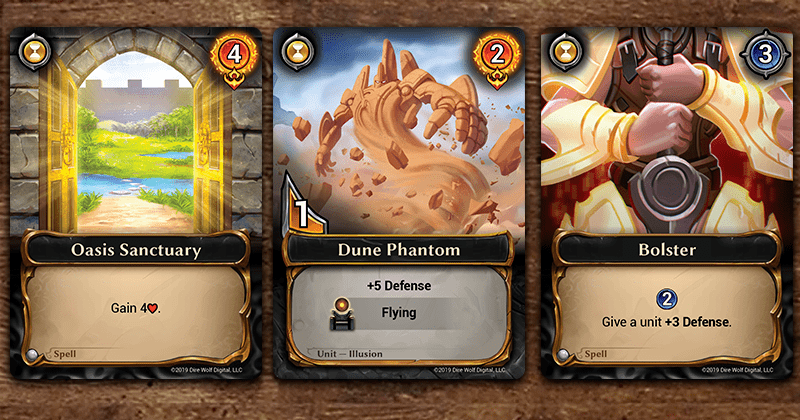 Powerful blockers and healing magic can save you just in the nick of time. 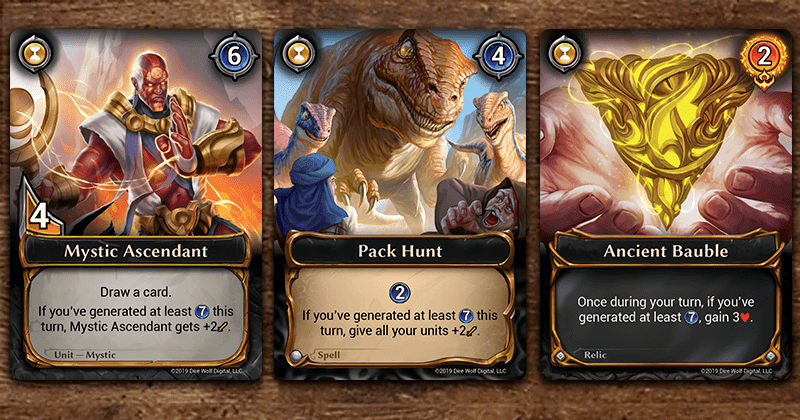 Along with Fire, Time will reward you for generating large amounts of power (the resource used to purchase cards from the forge).

Time’s lack of evasion and direct damage can make it hard to deal a finishing blow to an enemy with strong defenses.

Shadow is the faction of ambition and instinct; hidden paths lead to dangerous secrets. It houses assassins, mysterious radiants, nightmares, and members of the deadly Cabal. 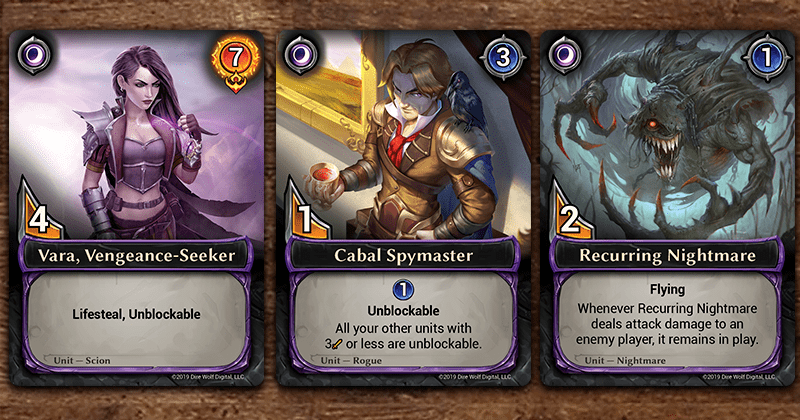 Many Shadow units are difficult to block and reward you for dealing damage. Lifesteal units restore your health equal to the damage they deal when attacking. 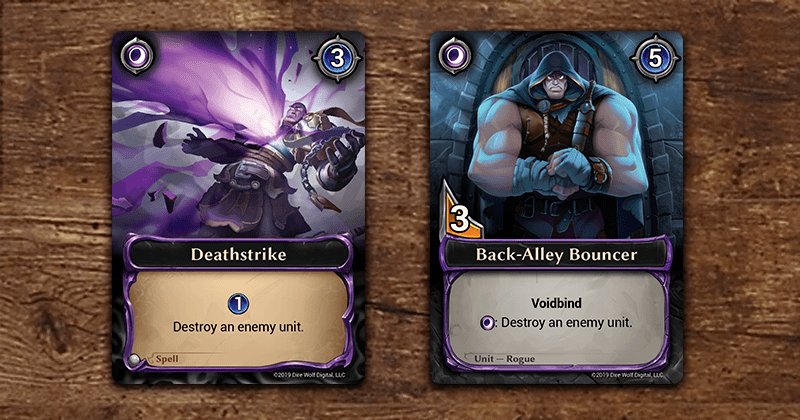 Unit destruction is the perfect answer for both large and evasive enemies. 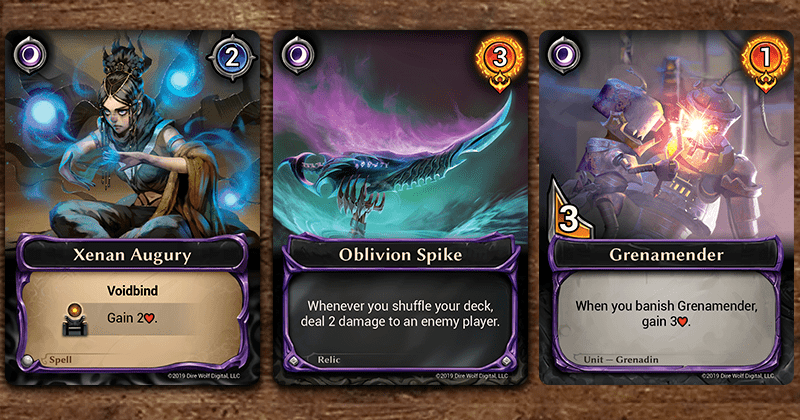 Like Primal, Shadow can keep your deck lean by banishing cards with Voidbind. Cards like Grenamender and Oblivion Spike will help you profit from your ability to banish cards.

Shadow’s focus on the long game can make them vulnerable to more aggressive strategies.

Some themes become more pronounced when you combine two factions together. In fact, each of the ten two-faction combinations has a unique sub-theme or playstyle to discover. Here are a few examples, to get the strategic wheels turning: 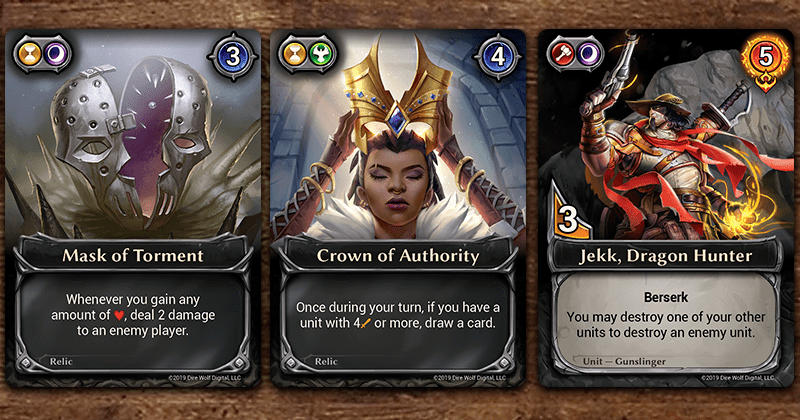 There’s a lot more to discover and unique playstyles to explore when your battle for the Eternal Throne begins! Look for Eternal: Chronicles of the Throne in Friendly Local Game Stores now!

Read more in previous Designer Diaries for Eternal: Chronicles of the Throne: