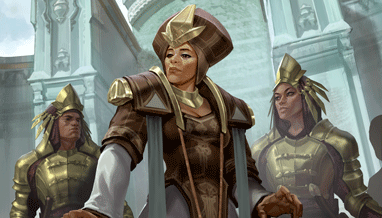 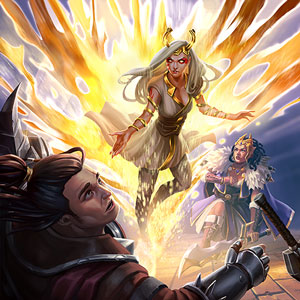 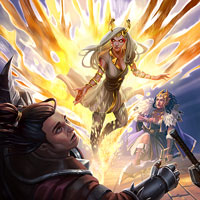 I have seen beyond.
Look to the Shadowlands. A pathway opens there.
We are not alone.

I have seen beyond.

In the back of her carriage, Genetrix Irel IV watched as the countryside washed past, her worries mixing with echoes of Talir's speech. She had been invited to Argenport for Eilyn's coronation, and by the time she had arrived it had become a duel. A duel that ended with unexpected, dire warnings.

The Solist Order was old, with a history that spanned centuries. Its adherents believed in and listened for the words of Sol, a formless deity who wielded harsh light to expose hidden truths and to scour myriad lies from the world. It had followers across the land, many of whom practiced and kept faith in their own ways. Irel led the Order, and had done so for decades. Find your community, find your truth. Stand for both. Those were the words she taught and lived by. 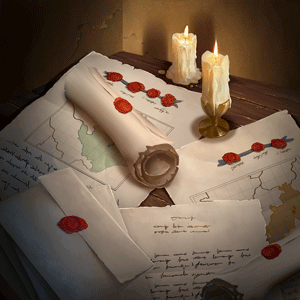 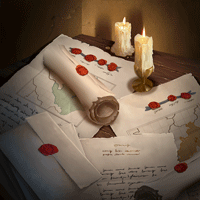 But other words plagued her today. Worse yet, the arch-magister’s words were familiar. Words that should have been locked away. And so she raced back to the Citadel.

The Citadel of Light was the seat of the Solist Order. The huge, gleaming sanctum-city sat in remote hills far past the campuses of Combrei. It was home to many, including Irel, and had been built to protect its Archives. The Archives were ancient, predating the Order itself, and filled the caverns beneath the surrounding hills. Its hallways were dry, dark, and stuffed with manuscripts, tapestries, and parchments. 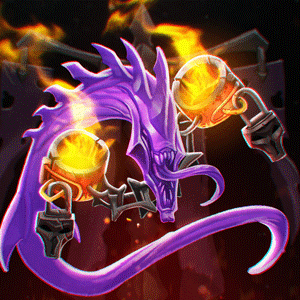 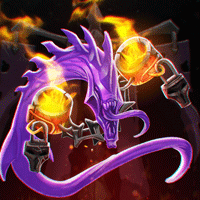 Most of the texts here were dull, historical records, cataloged for future study. Some were precious truths, carefully preserved and guarded. Those were rare, unfortunately. The rest of the caves were filled with lies; artful, deceitful, falsehoods. Many were dusty scrolls, accounts of past heresies and atrocities stacked as high as torchlight could reach. Others were more… active, arcane lies invested with malign power. Some lies came from the lips of dark beings who were locked away in lead vaults. Other lies whispered, quiet and malevolent, inside enchanted restraints. The Solists did not collect these artifacts and falsehoods to preserve them, but to protect the rest of the world.

And now I need to unseal one of them. Irel thought, frowning.

“This way, Genetrix,” the docent murmured, taking a heavy ring of keys from the belt of her simple robe. Irel had rushed straight to the archives once she arrived. The Citadel was carpeted in the orange and umber leaves of an early fall, turning the burnished bronze of its statues and temple doors into fiery mirrors. Sol’s light found truths large and small, but today Irel was on a darker mission. 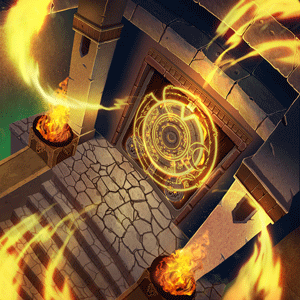 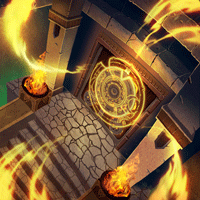 “Thank you,” Irel replied, taking the shallow steps of the archives slowly, wincing in discomfort.

“What interest is there in the heretical stacks?” The docent asked. Her tone was mild, conversational, but Irel could feel the unspoken truth. Why would the Genetrix come alone to consult heresies?

We must always seek truth, Irel thought, wherever we may find it. “I snuck in as a child,” she replied. The docent looked back to her, shocked, and Irel smiled. “I was young, and so ahead of my lessons that I grew bored, curious. I sought to challenge my beliefs. While exploring, I read a manuscript that may have bearing on this week’s events.” The docent’s eyes widened, and Irel continued, following further down darkened halls. “We mustn’t fear finding truth, even among heresy. Only by learning from the omens of the past can we press forward.”

“Here we are,” the docent said, somewhat cowed. They had stopped at a shelf holding a heavy bronze chest. As she reached to open it, a chill air seemed to leak from beneath its lid, along with a muted whisper. “This chest houses the ravings of a Solist initiate. He died some hundred years ago, a—”

“—after returning from the Shadowlands, yes.” Irel said, nodding. “He had gotten lost on a pilgrimage and returned quite deranged, or so they say. I need to review his final testament.”

The docent shivered, nodded, and reached for her keys. 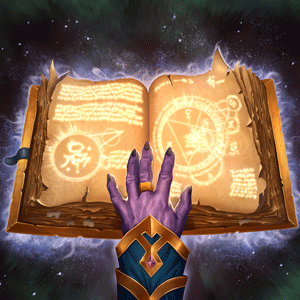 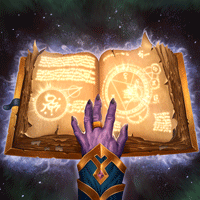 The parchment was crumbling, and the spiky, manic handwriting on it was written in old, fading ink. Clearing her throat, Irel began to read.

The lie of this world is that it is woven in Shadow, not in Light; a tapestry of unending possibility tied in unfathomable knots. Each thread secures another, binding the maelstrom. We ignore the infinite fibers because they are too much to behold. If from our seat we could view the tapestry, see its grand designs, we might finally Understand.

But I have seen Beyond. I have touched at loosening knots, and felt Things stir in the darkness. A deft hand with the sharpest needle could pluck our world from the weave. But such knowledge is hidden in ancient pacts and behind starlight wards. We pray they remain hidden.

The words slithered and bounced around the cavern. The heresies on nearby shelves seemed to respond, sighing in a murmur of dead languages. Irel saw the docent’s lips go pale, as exhaustion cut through both of them. Glaring at the darkness, Irel slammed her walking staff against the stone floor, sending small motes of light flying up into the darkness. The growing shadows dispersed, sent back to their shelves with a final echo:

“We should not be here… W-what does this mean?” The docent asked, her voice shaking.

“It means that things are more tenuous than they seem.” Irel finished, her eyes still fixed on the shadows. “Things are in motion now that could unmake us all.” 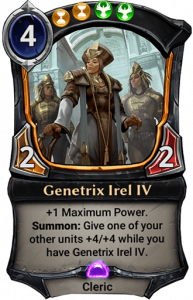 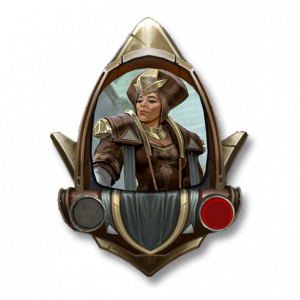 Secrets await in the Solist Archives – what will Genetrix Irel reveal to you?