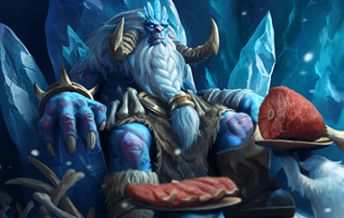 Feastcalling consists of two stages: Qualifiers that are open to all players across platforms, and the Finals that will feature the top 64 players from the Qualifiers.

Pull up a chair, loosen your belt, and get ready to tuck in to delicious battle in Feastcalling!