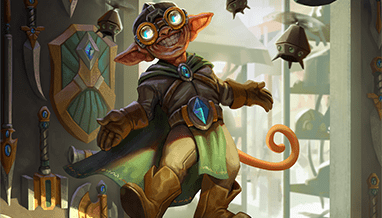 Any good businessperson knows that cities do not—cannot—grind to a halt just because a throne lies empty, or the enemy marches in. Thousands of citizens still have to get on with the business of living, no matter which flag flies overhead. Argenport depends on trade, from grain and livestock to steel and shiftstone. The remnants of gates that once held back armies now open hurriedly for farmers, merchants, and profiteers from all over Myria. 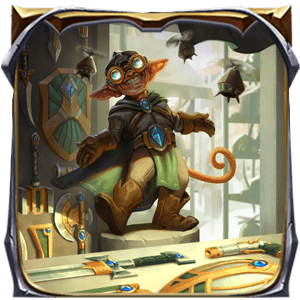 “You there, young miss! Yes you, with the, uh, bear.” The tiny merchant stood on a high stool, waving over the counter to get her attention. Svetya grinned when she heard his voice falter. With a whisper and a tug on the reins, her mount, Mokhnati, turned and lumbered towards the merchant’s stall. Her guard followed, the crowd parting as citizens hurried out of the way. Are the Clans citizens of Argenport now? Svetya wondered, sliding off Mokhnati to the cobbles far below. Or the other way around?

The tinker eyed the large white bear warily, his heavy goggles making him look all the more startled. He recovered quickly, however, and gave Svetya a wide smile.

“Ah, miss, I can tell you are a woman of taste. Can I interest you in the mechanical marvels of Winchest? Arms and armor fit for the Crownwatch…or whatever’s left of it.” He leaned in closer, his high voice dropping to a faux-whisper, “And with the Iron Fist gone, would you care to learn the secrets of flight? Many marvels can be yours, if you have the coin for them.” He waggled his eyebrows, expecting Svetya to be impressed. The Orene wasn’t. She was here for an army , not artifice.

“Can your contraptions make Mokhnati fly?” She asked. The bear chuffed eagerly at his name, and the tinker blanched, his tail curling in fright.

“Well,” he stuttered, “it would have to, uh, be a c-custom rig, which can be very expensive, and—”

Svetya nudged Mokhnati with her heel, and he growled, lazily baring his teeth. The merchant squeaked in fear and fell off his stool. Svetya’s laughter carried over the hubbub of the market. This city is lovely, she thought, but I have promises to keep back home. I must speak with the new Queen. 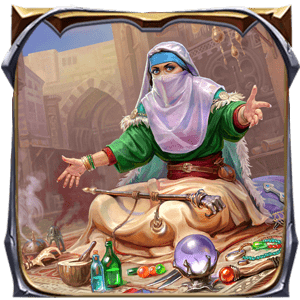 “Curios  from the desert! Lost wonders of past ages, recovered at great risk!” The vendor shouted, gesturing at the collection of strange items spread over her blanket. Some were gleaming metalwork, while others were made of smooth, time-worn glass. “Charms to ward off all manner of ills, antivenoms of every flavor, all from lost Auralia!”

The merchant turned, causing her wares to shift and glint in the midday sun. A young boy, no older than eleven, stood at the edge of her blanket. He looked thin, and dirty.

“Where are your parents, little one?” The merchant asked, her voice quieting.

“They’re not here…they’re lost, too,” he replied, matter-of-factly. “They told me to stay in the basement and not come out, no matter what I heard.”

The merchant blinked, then reached into a pouch on her waist, withdrawing a handful of dried dates, which she held out. The boy tiptoed through the bottles and jewelry, and snatched the proffered food from her hand. As he ate, the merchant’s eyes flicked around the crowd. No one else was paying her or her goods much attention. She leaned towards the boy, half-whispering through her headscarf, “Perhaps Auralia is not lost as much as it is hard to find. The desert winds can hide many treasures.”

The boy nodded, still gnawing on fruit. “That sounds nice. Can I come?”

Looking him in the eyes, the merchant said, “Only the bravest adventurers find the lost city. So I have no doubt we will meet again there one day.” The boy beamed, and the merchant reached down to pluck a small object from her blanket, pressing it into his sticky hand. “Here. This is a lucky stone. Take it. The Shadows grow long, and this may yet hold them back.”

The boy nodded severely. “Thank you ma’am. I need to keep looking now.” The merchant returned the nod, her lips tight, and watched as the boy vanished into the crowds of Argenport, clutching the Waystone pebble tightly. 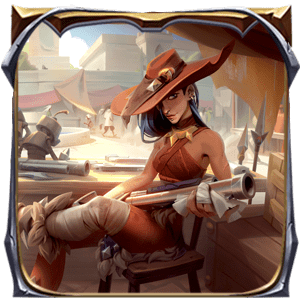 Some merchants prefer to have a bit more space. This stall was larger, sitting beneath a ragged, blood-red awning. The proprietor reclined lazily in her chair, calling out with a smooth patter:

“Swords, guns, grenades! All from the fabled gunsmiths of Ixtun! Arm yourself, friends, and feel safe again.”

A large, battle-scarred man clad in leather and mail swaggered over, a long-necked bottle in one hand. He ran a callous eye over the display, then demanded, “That tinker runt across the plaza will sell me a magic stick that zaps anyone I touch, and the woman with her blanket has a scarf that holds a whole storm. Why should I care about what you’re selling?”

The merchant tilted her head, eyeing him up and down like something for sale. “I’d have expected a man like yourself to know the difference between toys and a weapon,” she said flatly, picking up a heavy pistol.

The gun whirled in her hand, a dizzying glint of spinning silver that ended with a sharp CRACK as the bottle in the mercenary’s hand exploded. He stood, open-mouthed. The merchant hadn’t moved, but was wreathed in shiftstone smoke from the gun.

“I do not sell dusty relics, or dainty machines. I sell weapons, keenly sharpened and fully loaded. If you seek to do harm, or to prevent harm done to you, you will always find an ally in Ixtun.” She settled back into her chair.

The man burst into joyous laughter. “We’d have made a killing if you and I had been here when the Rebellion came to town! They were a few good bullets away from putting an end to this whole thing before it ever got started. It’s a pity.”

Beneath her broad-brimmed hat, the merchant raised a single eyebrow. “For a group that got blown to hell and back, the Rebels’ gold still seems real enough to me.”

The mercenary’s eyes widened in surprise, “The Rebellion survives?”

The merchant nodded, with a slow smile. “Aye. Though I don’t know where you heard such dangerous talk. Izalio’s son has taken up his father’s cause. Motivated by grief, I have no doubt.”

Scratching his beard, the mercenary smiled, “Grief, huh? Sounds profitable.” He dug a gold coin out of his belt and flipped it to her. “Thanks for the tip.”

The merchant caught the coin, and touched it to the brim of her hat. “Indeed,” she agreed, “on both counts.” 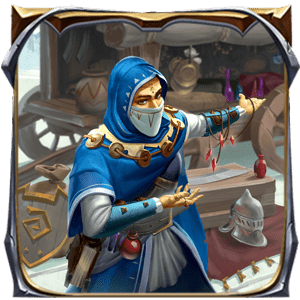 Rubies glinted on their leather chords as the blue-clad merchant gestured with a necklace-laden arm. Her voice rang out: “Mysteries from the top of the world! Shamanic staves! Potions to withstand the cold. Tomes of Jotun prophecies to predict your future! All for fair prices, and all available today for the last time in Argenport!”

“Scared to stick around when things get a bit rough, eh?” A bystander asked. The merchant looked at him warily. This one wants trouble. The man noticed her gaze and continued, “Well I think it’s shameful. Comin’ into our city, sellin’ us stuff from the Clans. Outsiders gettin’ rich off of the war they had no part in.” His voice grew louder with each accusation, and a crowd began to form.

The merchant cleared her throat, and said carefully, “I see no war here. Only unease and misunderstanding. Besides, Jennev takes no part in this. I am merely a traveler.”

“Oh yeah?” The tough asked, voice still booming. “An’ that makes it okay for you to stroll in here an’ sell to our invaders, eh? After Argenport bled trying to keep itself free?” There were some shouts of ‘yeah!’ from the surrounding crowd, and the merchant gulped.

Doing her best to steady her voice, she murmured, “Truly…a marvel of medicine. Not even a scar!”

The man grimaced, “What did you say?”

“Your wounds,” the merchant pressed on, aware that she had only a few moments before the crowd hardened into sides. “They have healed! You must tell us: which master apothecary treated you, that you stand before us without a mark upon you from the fighting?” The big man glared.

“Why, you mouthy little –“ the man growled, but merchant shouted over him. “For surely one as strong, healthy, and able as you were not among the cowards who hid in dark holes when the Clans swarmed through the streets?”

A gasp ran through the crowd, followed by many low mutterings. The merchant heard someone say, “She’s right!” as the crowd’s attention shifted to the muscular man. His eyes flicked around, and he jabbed a meaty finger at the merchant.

“Damned mountainfolk. Yer all the same!” He shouted, before turning and shoving his way through the crowd.

The merchant felt her pulse lessen, and finally relaxed. “Rubies, ladies and gentlemen! Tomes of prophecy! Get them here!”

Tensions were bad before, she thought as she made change for a curious customer, but things are getting worse. 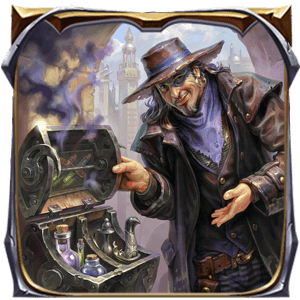 Not all deals happen in large market squares. Sometimes, for discerning customers with specific needs, the best bargains can be struck in Argenport’s winding alleys. You just need to say the right thing to the right person. And with illicit deals come illicit whispers, if you know how to listen…

“Ah, signore, so good to see you again. I have a fresh cask, direct from Kerendon.” The merchant’s voice is smooth, comfortable in the shadows. The other party to this transaction clears his throat nervously,

“Ah, yes. So glad you’re here. I was worried the fighting had, well, scared you off.”

The merchant chuckles, a low sound devoid of humor. “The Crownwatch knew enough to keep to the streets; the alleyways and dark corners were never theirs. Now these stinking clansmen will learn the same.” There’s the light clink of delicate glass, and the glug of heavy liquids. “In the family, we have a saying: A cut throat teaches best.”

The buyer is startled, “Oh. Er, yes. Quite. I certainly have no love for our occupiers, nor their barbarous Queen.”

“Goodness,” the merchant purrs. “Treason? From a man as rich as yourself? I would have thought the high and mighty of Argenport were happy to be done with the Iron Fist and his Inquisitions.”

“Bah. Rolant may have been overzealous at times, but at least he kept the streets clean.” The buyer realizes what he is saying, flusters, and stammers on, “Er. Clean of those Rebel scum, I mean. Rolant’s valkyrie kept order inside the walls. Now… I don’t know if I can say the same.”

He looks around, and lowers his voice, “It might be treason to say, but I would have preferred Caiphus’ son. A noble lad, just like his father. No barbarian blood muddying things up. Alas, the treaty with the Clans handed the Throne to his daughter with Eilyn. Good riddance to her. However,” and here he leans in, whispering, “I hear that Eilyn has disposed of Kaleb. Tidying up loose ends.”

“Something you’d know about, yes?” The merchant says, his grin gleaming from the shadows.

The other man flushes red, clutching his ill-gotten bottles to his chest. “What!? No. I don’t know what you mean. Talk like that will lose you a customer.”

The merchant raises his eyebrows. “Kerendon chooses purveyors carefully. No one else has what I have. As long as your pockets are heavy with coin, you will be back for your bottles.”

As rich man sputters and flees the alley, the merchant laughs to himself.

The new queen brings discontent and danger, eh? Business has never been better.