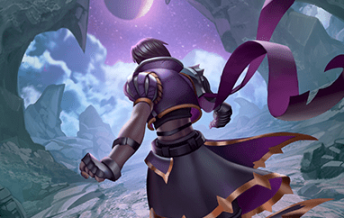 The room was quiet. Brenn's body lay still, his breathing shallow. The Praxis physician straightened up and nodded at Talir. “A brush with Shadow can warp body or mind, but he seems to have survived the worst of it. We will watch him, and do what we can.”

“Thank you,” Talir murmured, exiting the room. In the hall outside, Eilyn sat, holding her crown in one hand, back rigid. Kaleb paced, his armor creaking.

“Are you sure?” He asked again.

“Of course I’m not sure,” Eilyn snapped. “None of this makes sense!”

It could be, Talir thought. I glimpsed beyond the edges… shadows and smoke, a voice in the darkness. What if that really was—

Something stirs in the Shadow.

“Arch-Magister!” A sharp voice rang down the hall. All three figures looked up to see a tall woman walking quickly toward them, her blue cape trailing behind. She did not wait for Talir to acknowledge her, continuing, “Did you see? The wards have been triggered. The omens are clear: Something is moving in the Shadowlands. A great conflict.”

Eilyn looked to her sister-in-law in alarm. “Traver?” Her newly-won city had suffered enough. The return of the Strangers might break it completely.

“No.” Tesya shook her head emphatically. “But power gathers nearby, where the borders are thin. The Waystones are awakening.”

The Waystones, alight? Talir frowned. “You have seen this place. You know where it is?”

“Yes,” Tesya confirmed, “but I cannot see the source of the disruption.”

“Finally,” Kaleb muttered, pulling his sawn-off shotgun from its heavy holster. “Whatever it is, let’s go give it a warm welcome.” 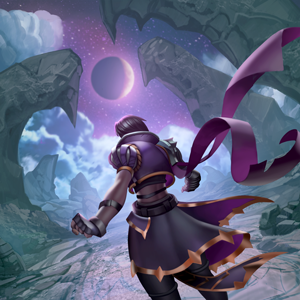 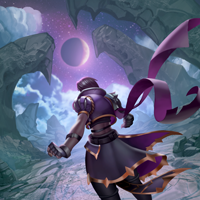 The landscape had started to blend again, the warp and twist easing as Vara felt the Shadowlands recede. She was surprised to find herself more comfortable somehow, assured. Tracking her quarry had given her an instinct for the hidden paths and abrupt turns. I hope Rolant has learned not to send more bounty hunters, she thought. As she emerged from a deep cut in the earth onto a sunlit rise, a last tendril of Shadow curled away and her boot touched grass for the first time in weeks. It’s been a long walk.

As her eyes adjusted to the bright sun, a man’s voice bellowed “There it is!” and a ball of fire roared toward her. Vara’s mouth went dry with the sudden heat, but a flick of her wrist sent the fire rebounding back toward its source.

“Hold!” Eilyn called. The sound of her mother’s voice hit Vara like a torrent of icewater; the tone of command was unmistakable. Mother, here? Shading her gaze, Vara surveyed her surroundings. Her aunt Talir stood nearby, arms crossed and aloof. Something’s different about her…  Her brother Kaleb stood to her left, next to a smoking crater in the ground. His gun was halfway out of his holster, but he made no move to draw. Instead, he was glaring at Eilyn, who was clad in her armor and blue flight leathers, sword held at her side. Her expression was controlled, and she made no move toward Vara.

Clearing her throat, Vara said, “Hello, mother. This is quite the welcome.”

Eilyn’s eyes narrowed. “You sound like her. But apparitions of Shadow cannot be trusted.” Kaleb nodded, his grip on his firearm tightening.

“Oh please,” Vara sighed. “Why do we always have to do this?”

“Perhaps you are my daughter.” Eilyn said, her voice rising. “My daughter who abandoned her Throne—the Throne our people bled to win. Who fled her responsibilities and abandoned her family in a time of need.” Winds collected around Eilyn, kicking the dirt into furious eddies. “Tell me then, daughter—if you are her—why have you returned?” 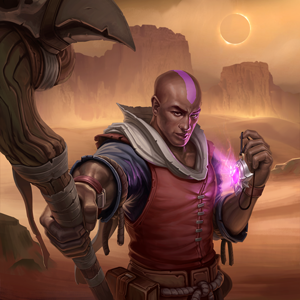 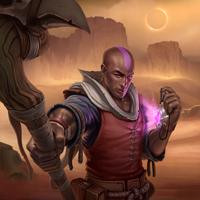 Kaleb let out a low whistle, and slid his gun back into its holster.

Vara knew her mother well enough to hear the pain behind her accusations. And she wasn’t wrong. But Vara had learned much since then.

“Yes, at first I ran,” Vara said. The words came out quieter than she intended. “I didn’t want that life… your life. But I was also chased away, and led away, and deceived.” The scar at the base of Vara’s neck, where Azindel’s amulet had burned her, prickled with pain. “A guide betrayed me, a wanderer who calls himself Azindel. He stole my memories. And more.” Eilyn’s eyes widened, and Kaleb frowned, confused.

“Interesting, and troubling,” Talir said, walking towards her niece. “A man known as Azindel was behind the army that Traver brought to Argenport.”

Eilyn turned to stare at the Arch-Magister. “You never thought to mention this?”

“I survived, though,” Vara said with a shrug. “Azindel, the Shadowlands, and worse. I’ve learned much, and I’ve returned to assume my responsibilities. I must speak with Rolant.”

Silence reigned, underscored only by the wind.

Talir finally said, “Rolant is dead. Assassinated in his dungeons after being deposed by the Cabal.”

I survived the Shadowlands, and worse.

“Oh,” Vara said quietly. How long have I been gone? “I wish I could say I was sorry, but…” She shook her head. “What became of the city?”

“I retook Argenport.” Eilyn replied, with a small, fierce smile. “It is safe, healing even.”

“That just leaves us,” Kaleb drawled, taking a step towards Vara and Eilyn, thumb hooked through his belt, “and the question of who takes the Throne.”

“Question?” Vara asked innocently. “Only one of us is Caiphus’ heir.”

“I thought you walked away from all that.” Kaleb shot back, heat entering his words. Eilyn said nothing, but turned to watch her daughter. Kaleb was not her ally, not quite, but the point stood.

“I have seen much, brother, and have much to share,” Vara’s gaze was commanding. “The world is much larger than the Clans and Argenport. I have seen what crawls in the depths of Shadow. The threat is out there. We need a ruler who can handle those challenges.”

“Bah. I’ve got more of Caiphus in my blood than any of you,” Kaleb said, voice rising. “Argenport needs a king with a steady hand. Someone who can make alliances and gain the support of the people. Making friends has never been your strongest suit.”

I have fought for Argenport! 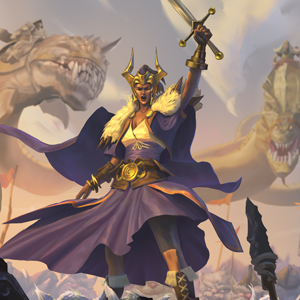 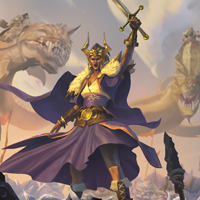 “You have even less political experience than her!” Eilyn snapped, gesturing at both Vara and Kaleb. “I formed the alliance with Caiphus and the Clans years ago. I worked to save lives when Rolant burned Argenport. I lost men and women to retake the city from lawlessness and thieves. I have been—”

“Been what?” Kaleb shouted, throwing his hands wide. “A general? I reckon you’re right on that count. You’ve certainly killed more Crownwatch than anyone else here!”

“ENOUGH!” Talir bellowed, slamming her staff into the ground. The earth rumbled and hot winds whirled around the mage as her eyes began to glow. “The fate of your city— and more—is bound by few enough threads and here you are, bickering. My brother would be ashamed.”

The hissing of the wind stopped, and Talir slumped, power fading from her eyes. She looked up at everyone and added, “or amused.”

Eilyn snorted and looked away.

Talir continued, leaning on her staff. “Your concerns are all valid, as are your strengths.” She turned to Kaleb, “You are so much like my brother. Fiery, impulsive, charismatic. But you are also untested, and quick to anger.” 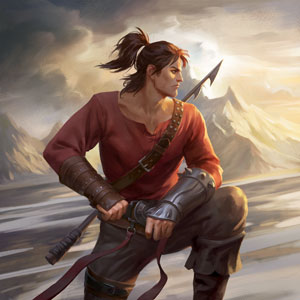 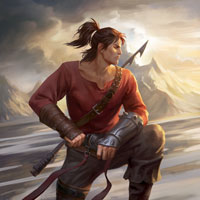 Talir turned to Eilyn, speaking over Kaleb’s objection. “You are Caiphus’ wife, and Argenport’s savior twice over. You are a compassionate commander. But you are set in your ways, and know little of the mysteries of the world.” Eilyn raised an eyebrow, but said nothing.

“And you,” Talir turned to Vara, who crossed her arms, “are undeniably Caiphus’ heir; all the more powerful for your experience with the Shadowlands and beyond. But you are slow to trust, and previously failed your duty to the Throne, whatever your reasons .”

Turning to face her family, Talir gestured to herself. “I have been here longer than any of you, and I suspect I will remain long after.” This drew an uncomfortable look among the others, but Talir held up a finger, smiling. “But I have no wish to rule. My curiosities are academic, not political. And besides, the premise is flawed.”

You could rule together.

“There may be only one throne,” Talir replied, “but where is it written Argenport must have a single ruler? Let your strengths come together. Rule together.” Talir gestured at each of them in turn. “Eilyn has the experience and bearing of a queen, and the loyalty of many in Argenport. Kaleb’s charm and martial skill can bolster that. Vara can lend her legitimacy to the Throne, and her experience in the Shadowlands to my studies. Argenport needs to look beyond its walls again, to diplomacy and threats abroad. No one of us can replace Caiphus, but why should we? We can rule together.”

Talir held out a hand. Eilyn glanced between Kaleb and Vara, shifting her stance and saying nothing.

Vara took three long steps, and took Talir’s hand in a firm grasp. “The world must be kept safe—I would learn more about the powers that lie beyond. I need the Throne to do that… but it doesn’t have to be mine alone.”

Talir smiled, and Vara felt someone place their hand on top of hers. Her mother stood next to her, head held high. “I wish to protect my people,” Eilyn said, “and build a dynasty of peace. I will accept all aid to that end.”

The three women turned to look at Kaleb. His scowl transformed slowly into a broad grin. “This doesn’t make a lick of sense to me, but I’d hate to be left out of the fun. I’m in,” he said, placing his hand on top of Eilyn’s.

Talir nodded, “Very well. You three will rule as equals. Each supporting the other. I will advise you all. Together, we will see what mysteries threaten our people and our home.” 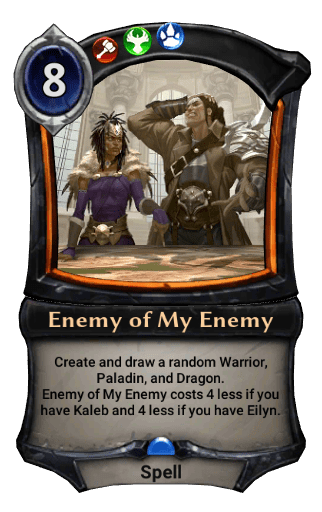