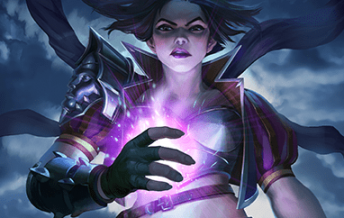 The Shadowfall tournament is a PC-only event that consists of two stages: A Qualifier Stage that’s open to everyone, and a Bracket Stage that will feature the top 32 players from the Qualifier. To participate in Shadowfall, you must be logged-in to Eternal on Steam.

This Sunday at 10am PDT, join Eternal game designers Patrick Sullivan and Luis Scott-Vargas as we broadcast the Top 32 of the Shadowfall Test Tournament live on Twitch!

In addition to coverage of the Bracket Stage, we’ll have some more fun stuff in store:

Don’t miss Eternal’s first test of the new tournament structure, and the first look at commentary from the Dire Wolf Digital team!

Competition in Eternal is heating up! Join us this weekend for our first run-through of the new tournament infrastructure when you play Shadowfall! And keep an eye out for additional tournament tests in October!